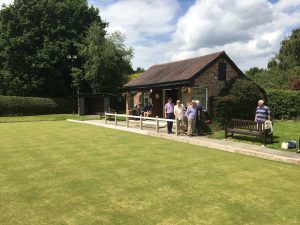 Northwich play their home games at the beautiful setting of Great Budworth Bowling Club. The matches are played with a 10:00am start on what was probably the best morning of the summer so far. Northwich prefer to play the shorter match format to that normally played by Knutsford. The format however was no advantage to the home side as the Knutsford visitors took an impressive 66 to 25 victory.

David outlined Eric Brown’s life and legendary career as the Navy’s Chief Test Pilot where he played a key role in the design and flight-testing of an entire generation of aircraft. His fearlessness and ability to remain calm in the face of danger pushed the boundaries of landing faster and heavier aircraft on aircraft carriers. His wartime experiences were fraught with danger and his fluency in German resulted in him helping to liberate Bergen-Belsen concentration camp and interrogating Hermann Goering and other members of the Nazi regime. A remarkable life. 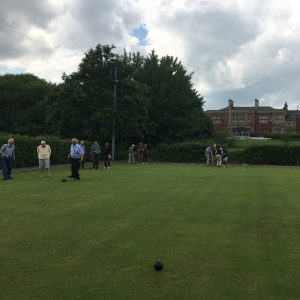 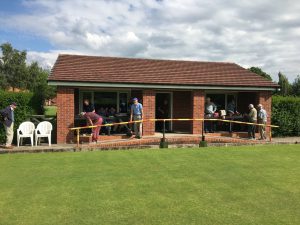 Knutsford Rex bowlers travelled to the beautiful surroundings of Cranage Bowling Club to play their friends from Church Hulme Probus. On a beautiful sunny day and a green in tip top condition the anticipation of a enjoyable contest was high. An exciting contest followed and when all points were totted up Church Hume beat Rex by 102 points to 91. For sure all returned home in good spirit after an afternoon of sport.