Due to the Coronavirus pandemic the club reluctantly decided to cease all activities. This included the twice monthly meetings plus group activities such as walking and bowls.

The Club Committee will continue to review the situation which will always be dependent on advice from HM Government. 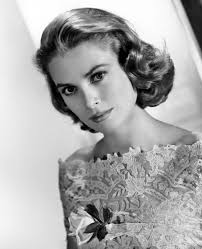 Hazel started her talk by saying that Grace Kelly’s life appeared to be a fairy tale, but was it really like that, or was she being an amazing actress throughout her life?

Grace Kelly was born in 1929 to wealthy parents in Pennsylvania, USA. Her father, an Irish American, was the first man to win three Olympic gold medals for rowing. He had worked in the building trade and had become a multi-millionaire. Her mother, whose parents were German, taught physical education at Pennsylvania University. Grace was one of four children, but she did not have her parents enthusiasm for athletics. She attended a Catholic school, and became interested in acting after taking a lead part in a school play. She was also very fond of her uncle, who was a senior figure in the film industry.

Grace’s father was opposed to her becoming an actress, but relented when she was accepted by the American Academy of Dramatic Art. She loved life in New York, and successfully took up modelling, which enabled her to refund the cost of her education.

Grace Kelly performed with many famous stars in numerous films and television shows, winning a number of awards, including an Oscar in 1955. Hazel briefly described these roles, adding that there were many love affairs along the way, but none of her lovers seemed to match up to her parents expectations, and the affairs ended.

When she worked for MGM, she played a number of roles directed by Alfred Hitchcock, which led her to film on location in Cannes in Southern France. Later, in the spring of 1955, she met Prince Rainier. Shortly after the following Christmas, Prince Rainier proposed to her, and the wedding took place the following April. There were three ceremonies, the civil ceremony, which was then repeated for MGM, and the service in the Cathedral the following day. The impact of the royal wedding lifted Monaco’s flagging economy, and it soon began to flourish as a tourist destination and a tax haven.

The Prince and Princess had three children, Caroline, Albert and Stéphanie. However, royal life raised a number of problems. When Princess Grace tried to reignite her film career, she found that public opinion was so opposed to it that she had to abandon the idea. Prince Rainier shunned publicity, and Grace felt alone and isolated. She spent a lot of time at their country house, near Paris, whilst the Prince remained in Monaco. In 1982, she was driving back to Monaco with her daughter, when she lost control of her car and crashed. She died from her injuries the following day – she was only 52 years old.

Hazel then took questions from an appreciative audience. 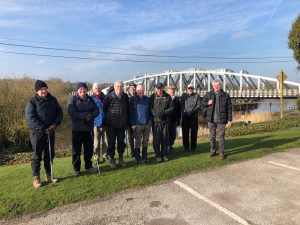 Walkers with Acton Bridge in background.

On the 5th March eleven walkers enjoyed a six and a half mile circular walk in good weather starting at the Leigh Arms, Acton Bridge rambling along the banks of the Weaver Navigation and the Trent & Mersey Canal in excellent spring weather, before returning to the Leigh Arms for lunch.

The next walk is on 19th March when the Walking Group will visit Astbury for a circular walk starting and finishing at the Egerton Arms.