Eight members took part in a walk around Bostock Green, South of Northwich. The first part was fairly calm, but after a coffee break, the walkers crossed some fields where they were exposed to the full force of a bitterly cold wind.  When they reached the Hayhurst Arms pub, the blazing fires were a very welcome sight, and they were joined by three others for lunch.

16 members of Rex and Tatton Probus clubs, together with their wives and guests attending the Bridge evening, which was preceded by an excellent supper at Knutsford Golf Course.

Discussion Group meeting on the subject of “Democracy – is it in danger?” was attended by 12 people and produced a lively debate

The IT group meeting discussed TV catch-up systems. There are a large variety of systems available, with no one standard solution. Many of the systems are dedicated to supplier agreements, such as with Sky, Amazon, Apple etc. Members in attendance had some knowledge of all these systems with varying degress of expertise.

Walks:   Jim Flett thanked Terry Parkinson for organising the previous week’s walk.  The short walk was cancelled, but the long walk went ahead in spite of the bitterly cold weather.

Eight members took part in a walk around Bostock Green, South of Northwich. The first part was fairly calm, but after a coffee break, the walkers crossed some fields where they were exposed to the full force of a bitterly cold wind.  When they reached the Hayhurst Arms pub, the blazing fires were a very welcome sight, and they were joined by three others for lunch.

Alan began by looking at the historical background, starting with Europe at the start of the second World War in 1939, then moving on to Hitler’s invasion of Russia in 1941, followed by the fall of the Nazi regime and the military unconditional surrender of Germany in May 1945. This set the backdrop to the post war division of Germany, which ultimately resulted in East and West Germany, and the division of Berlin into four zones, American, British, French and Russian.  During the immediate post war period, three air corridors between Berlin and West Germany had been agreed.

The winter of 1947 had been particularly severe, and in 1948, Stalin decided to put pressure on the western parts of Berlin by blocking road and rail links to that part of the city. The three western zones joined forces, and the Americans and the British, with ground support from the French in the West, and the Germans in Berlin, undertook a massive airlift to bring supplies into Berlin by air.  Coal, oil and food all had to be flown in.  In spite of the loss of aircraft, and the associated loss of life, the airlift was a success. Following the mild winter of 1949, Stalin abandoned his blockade and both rail and road links were restored in May 1949.

Alan concluded his talk with a brief history of key events up to the removal of the Berlin Wall.

After his talk Alan took a number of questions from the audience who were clearly very interested in the subject.

The walk used parts of 3 well known long distance footpaths, the Eddisbury Way, The Baker Way and the Sandstone Trail. A part of the walk included Delamere Forest with total distance five and a half miles. The weather remained dry for the walk until they reached the Abbey Arms pub. 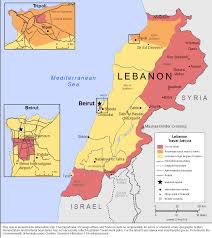 Farouk commenced by giving a brief account of his own life history, starting with his early life in Lebanon and how he became a UK resident.

He described Lebanon as about 180 miles long, 35 miles wide, approx 4,000 square miles – smaller than Yorkshire – with a population of approximately 4 million people.

Lebanon was formed in 1922, as part of division of the old Ottoman Empire. There are 30 recognised religious groups in Lebanon, the largest of which are Christian groups, Muslim groups, Druze, and a small number of Jews, most of whom left after 1985.  The Government is made up around these groups with 51 Christian MPs and 49 Muslim MPs.

He described the towns of Byblos – virtually unchanged in 3,000 years and believed to be where the first bible was written on papyrus grass scrolls; Baalbeck – famous for Roman archaeological sites; Druze – centre of a major silk industry during the middle ages; Sidon – a prosperous commercial and financial centre; Tripoli – not as successful as Sidon, with a number of shanty towns in the region and Beirut, being both the capital city and major financial hub. He also mentioned the Dog River statue of Christ.

Farouk concluded his talk by stating that the massive influx of refugees, 400,000 Palestinians and 1.2 million Syrians, had stretched the country’s infrastructure to breaking point. The political direction of the neighbouring countries made it difficult for Lebanon to both secure a peaceful future, and avoid another civil war.

After his talk Farouk took a number of questions from the audience who clearly found the subject both interesting and informative.