In the first match of the season Rex beat Weaver Probus Club  away by 64 points to 44 points.

The walk started at Bunbury and as the previous week’s rain had left the paths on the intended walk so muddy, that the walkers opted for ‘Plan B, and did a five mile walk, using country lanes and the towpath of the Shropshire Union Canal returning to the Dysart Arms Bunbury for lunch. Full details of all walks may be viewed via our Walking page.

17 members attended and discussed how concerned we should be about the security of data on our computers. One member showed a short video about the data gleaned from mobile phones without the phone owner’s knowledge, but the meeting concluded that as this was only used for advertising purposes, it was not in itself harmful. 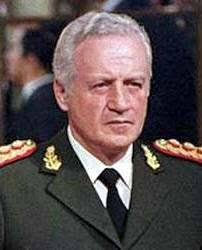 Chris started his talk with a brief summary of his career in the Royal Marines up to the Argentinian invasion of the Falkland Islands in 1982. He then went on to describe how his unit in the Marines was called back from leave, and sent on the 8,000 mile trip to San Carlos Bay in the Falklands.

He gave a very vivid and well illustrated account of the journey they took across difficult terrain in all sorts of cold and wet weather conditions, before engaging with the Argentinian troops in the mountains. This was followed by a description of the rush to Port Stanley to secure the Argentinian surrender, and the conditions they encountered in the town.

Chris concluded his talk with a tribute to some of the Argentinian soldiers and the mutual respect that the former troops had for each other.

After his talk Chris took a number of questions from the audience, who clearly found the subject both interesting and informative.

Nine walkers followed the Higher Sutton walk from the Probus Walks book, walk number 7. The walk included part of the Gritstone Trail and Wythenshaw Lane.  The walk was very hilly, and although it was about 4 miles long, in the warm sunshine it seemed to be much longer.  The walkers then drove 2 miles to the Church House Pub, Sutton, for lunch and a well earned drink. Full details of all walks may be viewed via our Walking page.

John had been a quiet, and very private man, who graduated from Worcester College, Oxford. His career included a number of senior management posts, including working for John Lewis and later for Tootal.  At the age of 50, he decided to make a complete change of direction, and follow his passion for horticulture, when he became the Proprietor for Woodside Garden Centre just outside Knutsford.  He was always ready to help his customers with gardening advice.

He was a true gentleman and will be sadly missed by all who knew him.

Hazel introduced her subject with a brief history of the Scandinavian countries, dating back to 1932, followed by an overview of the Nansen family tree up to Fridtjof Nansen’s birth in 1861. She then went on to describe his early life and his education at Bergen University, where he qualified as a Doctor in Zoology, before making a name for himself being the one of the first men to walk across Greenland – a trip beset with problems, which led to his first book, ‘Eskimo Life’.

This was followed by a trip to the North Pole, using a ship called ‘Fram’, designed by Colin Archer, a Scottish ship designer. Neither Fridtjof nor the Fram reached the Pole on this occasion, but the Fram still holds the record for the furthest point north reached by a ship.

After the first World War, Fridtjof Nansen’s work in securing the release of hundreds of thousands of PoWs, and refugees from Russia, led to him working in the League of Nations. He rapidly gained a reputation for negotiating on behalf of refugees, and is believed to have saved the lives of between 7 and 22 million people in his lifetime, leading to him receiving the Nobel Peace Prize in 1922.

After the talk, Hazel took a number of questions from an audience who had clearly appreciated the subject, the depth of the speaker’s knowledge, and the quality of the presentation.

The lunch at Bridgewater Hall was good, and everyone enjoyed the concert afterwards. Mike Bailey was congratulated on his management of the trip.

Based on Manchester Airport Runway 2, starting from the Railway Inn at Mobberley.   The walk included part of the North Cheshire Way, an archaeological site, and through one of the airport tunnels, before crossing the River Bollin. Lunch was enjoyed by all upon return to the Railway Inn. Full details of all walks may be viewed via our Walking page.