Twenty-one members and partners visited the Roberts Bakery at Gadbrook Park, Northwich on the 31st October. Included in the trip was a tour of the state of the art bread making plant no 3 [1 & 2 on the same site.] On entering the plant the process had shut down but with some patience the conveyers were soon turning the dough mix to the loaves as they appear on our supermarket shelf. The second part of the tour was a visit to the Little Treats area where the speciality gingerbread boys and girls as well as the “minis” were in production. The final part was a very interesting presentation of the history of Roberts Bakery which still maintains it family traditions in to the 21st Century. As the party left they were presented with a “goody bag” of Roberts produce with the compliments of the company. 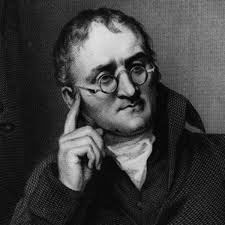 John started his talk with a picture of Manchester’s John Dalton Street, and another of ‘Dalton Entry’.  He then went on to describe the area in Eaglesfield, Cumberland, in the northern Lake District, where John Dalton grew up. He was a Quaker, like both his parents, and his grandparents, and during the 18th century, this meant a barrier to many educational establishments.  John was educated initially by his father, and then at a nearby school in a Friends Meeting House.  The proprietor of the school died when John was only 12, and he then started to teach other children himself.  He then went on to work at his older brother’s school in Kendal.When John was 26, on the strength of a recommendation from a doctor at Manchester Royal Hospital, who knew John well, he successfully applied for a teaching post at ‘New College’ in Manchester.  This was an educational establishment, comparable to a university, for ‘dissenters’ such as Quakers.  John was a very successful teacher here, teaching maths and philosophy. He went on to teach privately, and developed his interest in Chemistry research.

The speaker described how most of John Dalton’s famous works were presented and published in Manchester, including a paper on colour blindness, from which he suffered, and atomic theory, both of which were delivered at the Manchester Literary and Philosophy Society’s building.  His atomic theory paper subsequently formed the foundation for modern chemistry theory.

The speaker also gave a detailed account of John Dalton’s life in Manchester, where he lived, how he lived, details of some of his more famous pupils, projects he helped fund and his frequent trips to the Lake District.  John Dalton never married, had a strong work ethic, and remained a true Quaker throughout his life. He was recognised by a very large number of respected organisations, both in the UK and Europe. He died in 1844 after a series of strokes.  His funeral cortege consisted of the carriage carrying his coffin, followed by 100 carriages. 400 police were on duty to control the crowds.  He was buried in Ardwick Cemetery, in Manchester. 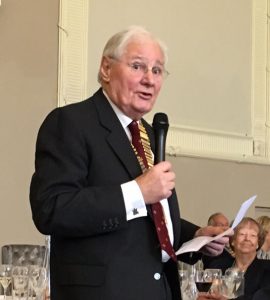 Almost 100 members and guests attended a lunch at the Courthouse Hotel in Knutsford to celebrate the 50th Anniversary of Knutsford Rex Probus.

The Guests of Honour were Mr Tom Dickerson President of Knutsford Rotary with his wife Janet and Mr Peter Conline Chairman of Tatton Probus with wife Janet.

The Chairman Don Johnson, with support from Club President Richard Warwick, welcomed all guests giving a brief history of the club from its inception to today.

An excellent meal was had by all.

To mark the Anniversary a book of the first 50 years has been published and is available for £5.

A Bridge Supper held on Friday, 12th October at Knutsford Golf Club.  The evening was very enjoyable, with a number of prizes being given, and the two players with the highest score were guests of a Probus member. All players sat down to a very enjoyable meal provided by the staff at the Club. 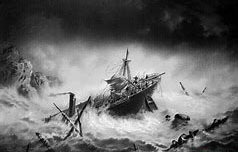 Chris started his talk with a picture of the ship ‘The Royal Charter’, as it looked when it was built, on the river Dee, in 1850.  He described some of the problems of launching the ship, and some of its teething problems in detail.  It was designed as a fast, square rigged, steam auxiliary clipper, to sail between Liverpool and Australia, a trip it completed five times. It had reduced the time taken to reach Australia from 4 months to 60 days. During the mid 19th century, gold was found at Ballarat in Australia, leading to a gold rush.  Many of the Royal Charter’s passengers were either going to, or returning from Ballarat.

In 1859, on her final voyage from Australia, the Royal Charter was caught in a severe storm, off the coast of Anglesey, where it was smashed against the rocks.  58 days after leaving Melbourne on the 24th August 1859, the Royal Charter arrived at what is now Cork, in Southern Ireland, expecting to reach Liverpool the following day.

When the ship reached Anglesey, on the 25th October, there were strong currents, together with storm force winds.  Unable to change direction, the ship dropped two anchors.  Both anchor chains snapped, and the ship was driven towards rocks above a sandy beach where she went aground.  By 6 am, passengers and crew were being brought ashore by breeches buoy, using a line set up by a crewman who swam ashore. 18 crew, 5 riggers and 18 passengers were saved before the ship broke up.  The precise number of lives lost is not known, but it was estimated to be somewhere between 450 and 500.

There have been many dives to the wreck, which have revealed a large number of artefacts.  Today, not much of the ship is visible above the sand, but artefacts are still being recovered.

Chris then took questions from an appreciative audience.

This months meeting had been an open discussion question and answer session. Questions covered included backing up a computer with an external drive with Windows 10, ‘checking in’ problems at Munich Airport with all digital ‘check in’ terminals, charges on Ovo Energy’s help services, creating a bookmark in a browser/search engine and comments about the increasing problems of internet fraud.

The short walk around Arley Hall took place in good weather. The Group then went on to the Spinner and Bergamott at Comberbach, where they were joined by other members, bringing the total up to 17 for lunch.  After lunch, 12 people took part in the bowling competition which was won by David Howard and Andy Whitaker.  Mike Cooper was awarded the Walker Bowler Trophy.