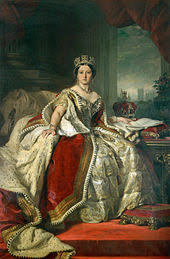 Simon introduced his talk about Queen Victoria (1819 – 1901), as the Queen of England, Empress of India, although there is no record of her ever visiting India, and the Grandmother of Europe. She was also a carrier of haemophilia, but who did we think she was?

Simon described in some detail how Victoria had come to the throne. The Kings George I to George IV, and William IV all followed the normal rules of succession, but there was no obvious successor to William. Victoria was the legitimate grand-daughter of George III and daughter of the Duke of Kent, and became the next in line to the throne.  She had received an extremely protected upbringing at Kensington Palace, and had little contact with her peers.  Her father had died whilst she was very young and she was brought up by Sir John Conroy and her mother, Princess Victoria of Saxe-Coburg.

Queen Victoria’s reign started in 1837, and she married Prince Albert in 1840, who appeared to be her first cousin. During this time, she had been strongly influenced by her close friend, Lord Melborne, and on his advice, dismissed both her mother and Sir John Conroy from the Palace.

Victoria and Albert had nine children, before Albert died of typhoid in 1861 at the age of 41.  Their surviving children married members of the European Royal families, resulting in Queen Victoria’s descendants living in 10 European countries. Simon produced charts of how haemophilia was spread, followed by a Europe wide Royal family tree, showing how haemophilia had been spread across three generations of Royal families.  This included the haemophilia of the Russian Tsar Nicholas II’s only son, Alexey Nikolaivich. Simon went on to describe how the monk Grigori Rasputin became involved with the Russian Royal family, who mistakenly believed that Rasputin could cure their son.  Rasputin gained so much influence with the Russian Royal family that it ultimately led to his murder in St Petersburg.  During this time, three cousins, namely King George V, Tsar Nicholas II and Kaiser Wilhelm II, were the main antagonists which led to the First World War.  After the First World War, 27 Royal European households either abdicated, or were deposed.

A later German descendent of Queen Victoria’s, Duke Charles Edward, joined the Nazi party, and used his family connection to make contact with the Duke and Duchess of Windsor. He concluded that the British Royal family would not be opposed to Hitler’s ideology, which led to a meeting between the Windsor’s and Adolf Hitler.

Simon ended his talk with some surprising medical conclusions about Queen Victoria and Prince Albert. Prince Albert’s father suffered from syphilis, which he passed on to Albert’s elder brother. Prince Albert was not infected, implying that his actual father was his mother’s lover, not her husband.  King George III suffered from a number of complaints, including porphyria, which meant that his medical history is well documented – but there was no trace of haemophilia in his records, nor in the records of his children, including the Duke of Kent.  Furthermore, both Victoria’s mother and Sir John Conroy (rumoured to be Victoria’s mother’s lover) appear to be clear of haemophilia, so how did Victoria become a carrier?

Simon stated that, as he saw it, there were three possible explanations:

Unfortunately, with what we know at present, there is no way of finding out which of these is correct, or even if there is another alternative explanation. Fortunately, the haemophilia was not passed on to King Edward VII, and consequently there is no haemophilia in the British Royal family.

Simon then took a number of questions from a very appreciative audience. 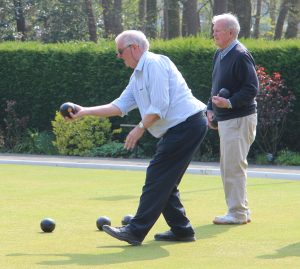 With the sun shining but dark clouds in the distance the subject before the match was whether or not the bowlers were going to be able to complete the fixture before the rains intervened. Knutsford Rex were looking for revenge as they had suffered a loss two weeks prior to the guys from Northwich. At the half time break the sun had disappeared and at the start of the second period rain was just beginning to fall. Surprisingly the rain stopped and with all games being very competitive no inch was given. Once the points had eventually been totalled it was again going to be Northwich’s day with a score of 108 to 100 which was a tighter encounter and an improvement on Knutsford’s previous tally. As the bowlers packed to go home some were lucky to get to their cars before a tremendous downpour occurred. So heavy was the rain that some were still in the club 30 minutes after their more lucky colleagues had left.

Next Wednesday Knutsford Rex entertain Weaver Probus with a hope that a repeat victory over their friends from Northwich will restart the season after a few disappointing results in recent weeks. 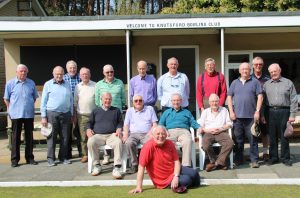 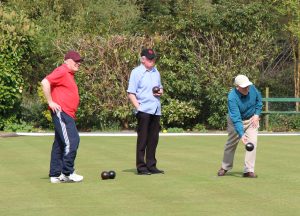 On a beautiful spring sunny afternoon the Knutsford Rex bowlers were engaged in a local derby home fixture against the bowlers of Tatton Probus. At the half way point Tatton had nudged ahead by only 4 points but undeterred the Knutsford Rex team had fought back to be leading with only one game to play. Victory however was denied to both teams as the final tally came up with a credible draw of 96-96.

Next Wednesday the Knutsford Rex will host Northwich Probus which will give them an early opportunity for revenge after last weeks defeat at Owley Wood. 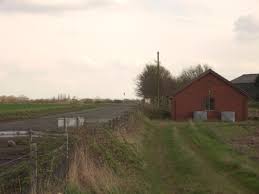 Stretton Airfield, HMS Blackcap near Warrington [A location visited by some members as youngsters.]

Tony started his talk with a brief description of how he had become interested in the subject, as a result in his interest in things that had affected the Cheshire landscape.

The first airfield he chose was at Hooton, where the Royal Flying Corps took over a racecourse and part of a polo ground.  It was initially used to train pilots, but by 1931 it was used for private planes until the RAF took it over in 1936 with 610 Squadron, which later moved to Duxford, flying Spitfires. In 1951 it became home to 610 and 611 Squadrons flying Meteors, until it closed in 1957, and was sold to Vauxhall in 1959.  Three original hangars still remain, and the buildings have now been listed and are being restored.  During the 2nd World War, Hooton was too close to Liverpool to defend it effectively, so three new airfields were developed nearby; RAF Calveley, which was closed in May 1945, re-opened in October 1945 and then closed in 1946, RAF Wrexham, and RAF Stretton, commissioned in 1942.  RAF Stretton later became HMS Blackcap and was used by the Fleet Air Arm to decant aircraft carrier aircraft prior to the ship’s arrival at port. It was finally closed in 1958.

Tony also touched on landing areas for flying boats, noting that the original plans for Speake Airfield included a slipway and a waterside hangar.
Woodford Airfield was commissioned in 1926 to assemble AVRO aircraft.  It had hangars for construction, and a flight shed some distance away for testing. 7,000 Ansons were built here, and during the 2nd World War, a large number of Lancaster bombers were assembled at Woodford.  Later developments included the Shackleton, the Vulcan and the Nimrod, but after the cancellation of the Mk IV Nimrod, Woodford was closed and work was transferred to other BAE establishments.

RAF Burtonwood was originally built in 1940 to store aircraft until they were needed.  The aircraft parts were offloaded in Liverpool and then taken by road to Burtonwood for assembly.  It was adopted by the USAF and started to grow.  By 1944 they were assembling 400 planes per month.  In 1945, the planes were then dismantled and cannibalised for spares, but the base came back into full operation for the Berlin Airlift. 134 C54 aircraft were used, but because they were carrying coal, they had to be almost completely rebuilt every 6 weeks.  A passenger terminal was built there in 1953, but the base was closed in 1958, only to be re-opened as a US Army base when US forces were brought back from France.
Tony also briefly mentioned RAF Poulton, RAF Cranage and also RAF Tatton, which was mainly used for parachute training. 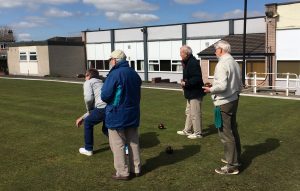 Despite the sun shining the Owley Wood Green maintained its hospitality by again testing the bowlers in very cold conditions. The Northwich team consisting of two county standard bowlers were obviously going to be a stiff challenge for the visitors. Although Rex having their fair share of match wins the Northwich team took the overall score of 116 chalks to 98. There will be a chance of quick revenge when Rex hosts a return match in two weeks time, 24th April. 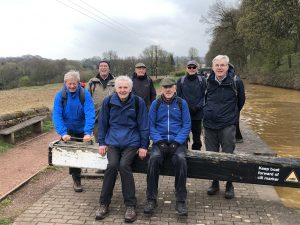 17 walkers started from the Bleeding Wolf Pub and Restaurant at Scholar Green walking mainly alongside the Trent and Mersey and the Macclesfield Canals. Some went on a longer route of over six miles going as far as the Harecastle Tunnel and some on a shorter route of about 3 miles. The weather was cold but dry at the start but heavy rain arrived at noon.  Lunch was at the Bleeding Wolf. Jim and Evelyn Flett were walk leaders for the longer and shorter walks respectively.

Although the weather was more fitting to February a team of 10 hardy souls braved the elements to take on Weaver. If the weather was a challenge the green also was difficult to gauge and by half way Knutsford were trailing by 4 points with only one pair coming in with a victory. The second half however was a complete change where all four pairs won to make the comeback complete by a victory of 12 points. [60-48]

Next Tuesday morning sees a return to Owly Wood for another away fixture this time against the members of Northwich Probus.