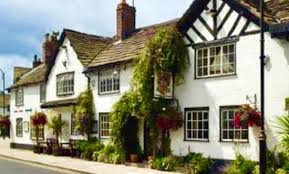 On Thursday 30th May and  despite of the weather forecast to the contrary, the walkers endured drizzle and driving rain as the followed a 4.37 route in the Prestbury area.  The walk, including waiting for some golfers to play their shots before continuing, and a view of Prestbury’s effluent treatment plant it was however a pleasant morning’s walk.  The walk ended at the Legh Arms, at 12.30 pm, in time for a good lunch

With dark clouds and a chill in the wind the hardy bowlers from Knutsford and Macclesfield took to the green with a determination not to let the elements get the better of them. From the start Knutsford Rex showed a resolve to win the match and by half time were 10 points to the good. During the break the rain began to fall but being prepared waterproofs were donned and the match continued. Fortunately for Knutsford the form continued and eventually saw the home team coming out on top by 100 points to 81. 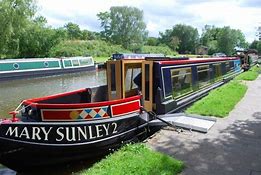 Victor spoke about the canal boat “Mary Sunley” and her successor the “Mary Sunley 2” which operate on the Macclesfield canal offering cruises to charities which cater for those people who are disadvantaged through birth or some subsequent ill fortune.

He explained that the name of the boat went back to the Sunley family and in particular the Bernard Sunley charitable foundation. Bernard started to make his fortune during WW2 supplying earth moving equipment and subsequently moved into property development. He set up the charitable foundation that bears his name and through his wife Mary Sunley the foundation provided and still provides funding for charities such as this canal boat.

The Mary Sunley 2 was purpose built quite recently to accommodate able bodied passengers as well as wheelchairs and disabled passengers. The narrowboat operates on a regular basis along the Macclesfield canal. 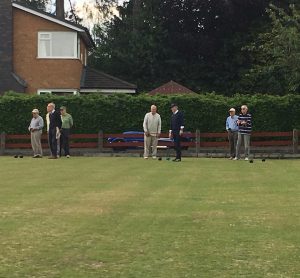 Oughtrington on a pleasant Wednesday afternoon.

A pleasant afternoon saw the Knutsford Rex travel to Oughtrington to take on Lymm Probus. The Lymm team again were too strong for the visitors winning by 125 – 76 but there were some good performances from individual bowlers on what was quite a difficult green. Although leaving Oughtrington with a disappointing result the hospitality and welcome the Lymm team gave was first class. It is however in certain ways good, purely for team moral, that it will be 12 months before the two teams will meet each other again.

Next week Knutsford Rex are back to familiar surroundings for a home fixture versus Macclesfield Probus 2. Hopefully the team can get back to winning ways. 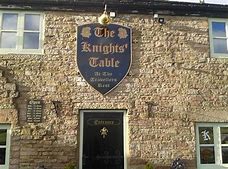 The walk started and finished at the Knight’s Table in Flash (yet another village claiming to be the highest in Britain). The 4¾ mile walk took in Panniers Pool (without the “diaphanous water nymph” on this occasion) and the splendid scenery of Three Shire Heads.

On a sunny Wednesday High Legh Bowling Club entertained the Knutsford Rex bowlers to an excellent afternoon on their challenging green. The Knutsford bowlers initially struggled to cope with the variances but it didn’t take them long to become accustomed to the surface to enable a very competitive match. When the final result was totalled it was somewhat of a surprise that Knutsford Rex won by 96 points to 73 which must have been helped by two particularly high wins in favour of the visitors.

Next week the bowling section are on their travels again, this time to Oughtrington for the return with Lymm Probus. It may be over ambitious to expect a victory but an improvement to the performance in the home fixture is a reasonable and fair challenge. 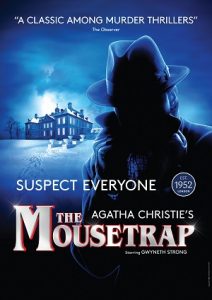 35 members, widows and friends travelled by coach to the Lowry for a meal at the Brasserie Blanc followed by first class seats to see “The Mousetrap” (a play that has been performed in London over 25,000 times). As always, Richard Fenby’s organisation was perfect but none of the audience were unable to report on the play itself as they were sworn to secrecy regarding the surprise ending. 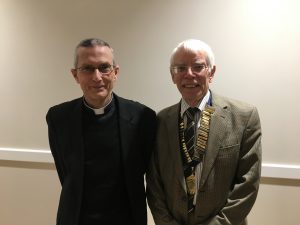 After a light hearted introduction, Michael spoke of his childhood, which started in the North East in 1947. His family later moved to Plymouth, in Devon, to be closer to his father’s family.  During his time here, a church visit led to ‘alter in the loft syndrome’, where he tried to recreate the inside of a church at home.  This led to him carrying out ‘church services’ in his grandmother’s cottage. Michael and his parents then moved back to the North East, where he continued to study.  At this point in time, he wanted to be a history teacher, but whilst reflecting on his future, decided to follow the Ministry.

When he was interviewed, the panel decided that the best way for him to start, was with the Voluntary Services Overseas (VSO), and consequently Michael found himself working for the Seamen’s Mission in Rotterdam.  He described his very varied  work at the Mission. This ranged from finding clothes and shoes for two Nigerian stowaways, who had survived the journey from Africa, to enabling crew members, stranded in the harbour, to contact their families.  No mobile phones in those days!

After his year with the VSO, Michael went on to become an Assistant Curate, in the parish of Stanley, near Consett. He described this as a kind of apprenticeship. The Vicar and four other curates occupied all of the church houses, so Michael had to take lodgings with a lady called Mrs Collins.  Michael recalled his first sermon, based upon the Parable of the Sower.  After the service, a well meaning parishioner told him he could only get better!

He then talked about his experiences in Cornwall, which was renowned for eccentric clergymen, including one who took his pet pig everywhere, and another who had frightened away the locals, and put cardboard cut-outs of people in the pews to make the church look occupied!  Later, Michael moved to Hawarden, near Chester.  In addition to his ministry work, he became warden of a privately owned library containing 30,000 antique books – which were later donated to the John Douglas Memorial Library.  Michael finished his talk with a cautionary tale about a bogus benefactor.  When he was challenged, the so called benefactor was found to have taken dozens of priceless books from libraries all over the country, including two from the John

Douglas Memorial Library.  Michael’s intervention led to the bogus benefactor’s arrest.
Michael had given an entertaining presentation, based on his life’s history, with too many anecdotes and stories to include them all. He concluded this very humorous history of some of the events in his life, by saying that the seeds of the Ministry have been sown in the history of life, faith, fun and fellowship.

Michael then took questions from a very appreciative audience. 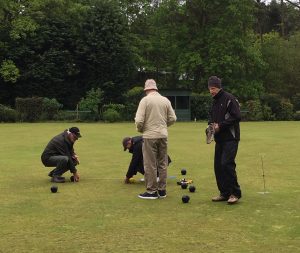 A call for pegs showed the keeness of the two teams to gain the points.

On a very wet afternoon the Knutsford Probus entertained their friends from Lymm Probus with the inclement weather  not diluting the enthusiasm for the challenge. It is fair to say that the Lymm bowlers had the upper hand in most of the games with the score finishing 96-68 in favour of the visitors. It was no consolation that the defeat was not as heavy as last seasons home encounter, however both teams will be looking forward to a rematch at Lymm’s Oughtrington green in two weeks time. 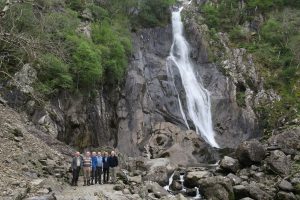 The group beneath the impressive Aber Falls on Day 1.

Six members stayed at Bangor University for a walking holiday in North Wales that was arranged by Jerry Bentley.  There were five walks over the three days: –

From Abergwyngregyn on the “North Wales Path” to Aber Falls taking in wide views of the North Wales Coast and Anglesey; 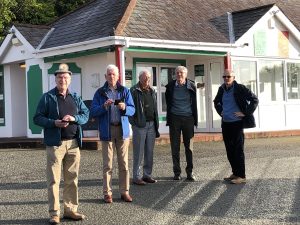 The group rest for a while for a photo opportunity.

On the second evening the group dined at a restaurant by Bangor pier. The weather was ideal for walking on the first two days and very wet on the third day.  Everyone thoroughly enjoyed the trip and the opportunity to spend together in a most collegiate way.

More photos may be seen on our Gallery page. 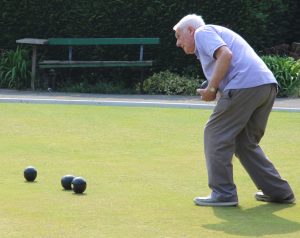 Although May Day the weather was threatening with rain but as it was there was little to fall throughout this match which Knutsford Rex dominated. Rex really took advantage of knowing the rub of the green so a victory of 111-54 was to show for a good days bowling. The visitors from Weaverham were to be congratulated in their sportsmanship which must have been for them a trying day. Next Wednesday Knutsford Rex entertain Lymm Probus with the usual 2pm start.