Scott started his talk with an overview of Sir Edward Heath’s childhood and schooling, his time at Oxford University, his pre war travels in Europe and his time in the Army. At this point in the talk it was clear that Sir Edward’s experiences had formulated views that influenced his policies when in Government. After the war, Sir Edward joined the Civil Service and then worked in the City of London. In 1950 he was elected as the Member for Parliament for Bexley, a seat which he retained, despite boundary changes, until he retired as an MP in 2001. Scott talked about Sir Edward’s career path to being appointed leader of the Conservative Party in 1965. Sir Edward led the Party to victory in 1970 but his Government collapsed in early 1974 as a result of inflation, coal miners’ strikes, an oil crisis, the three day week and other issues. Harold Wilson and his Labour party came back to power, as a minority Government. Sir Edward’s ten year period as Conservative Party leader came to an end in 1975 when Margaret Thatcher replaced him.

Subsequently, Sir Edward remained as an MP despite being offered other roles such as Ambassador to the United States of America. He became a Knight of the Garter in 1992. He had several outside roles involving investment funds and travelled extensively including his visit to Baghdad to meet Saddam Hussain to secure the release of British prisoners following the invasion of Kuwait. In retirement Sir Edward lived in Salisbury. He died in 2005 leaving his home Arundells, its contents and his memorabilia to his Charitable Foundation which continues to operate his home as a museum dedicated to his life.

Aside from his political career Sir Edward had a lifelong interest in music as a pianist, organist and conductor. He conducted many orchestras at home and abroad including, the Royal Liverpool Philharmonic, the English Chamber Orchestra, and in Germany and the USA. He worked with André Previn on tour with the London Symphony Orchestra. In 1966 at the age of 50 he took sailing lessons and between 1969 and 1977 he purchased five sailing yachts each of which was called “Morning Cloud”. In 1969 he and his crew won the Sydney to Hobart race beating 78 other teams. In 1971 he was made Captain of the Great Britain team for the Admiral’s Cup and he led the team to victory. He won many other races many of which were won whilst he was Prime Minister. It is because of his music and sailing achievements that Sir Edward is regarded by many as the most multi-talented Prime Minister of recent times. 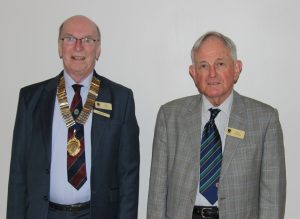 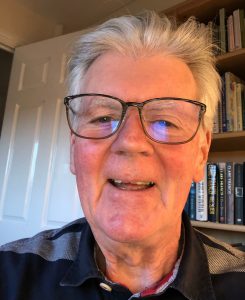 Due to bad weather. Six walkers did make it to the start of the walk, but then adjourned to a nearby garden centre for coffee. 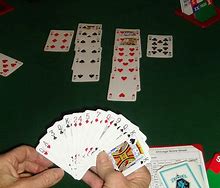 Twenty guests, including members wives, Probus widows and visitors from Tatton Probus Club, who made up five tables of four for the evening. The food was excellent, and a team from Tatton Probus had the highest score. Thank you to Richard Fenby and his wife Hanne, who was Bridge Director for the evening, for organising a very enjoyable social event. 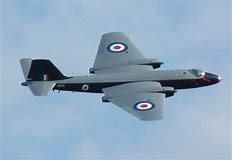 David started his talk with an overview of the British Aircraft industry in the periods immediately before and after WW2. He described how the jet engine had been developed by both the UK and Germany, and how most of the German expertise ended up in France, Russia, the UK and the US after the war. David then focussed on the period between 1945 and 1975.
In the years immediately after the war, under the influence of Lord Beaverbrook, the British aircraft industry employed over a million people. The UK now had a large number of aircraft manufacturers, most of which had been heavily involved in wartime production. These companies were now not only in competition with each other, but also with overseas manufacturers, especially in France and the US.

David described how military jet aircraft had evolved, and how UK Government indecision and errors of judgement led to a number of missed opportunities. He covered the evolution of supersonic flight, the development of swept wings, and how the UK’s pre-occupation with designs of sub-sonic jet aircraft hindered the UK and allowed overseas competition to gain an advantage. There was now a need for companies to merge, but neither the companies nor the Government had any appetite for this. English Electric was large enough to survive, and their Canberra bomber and the Lightning fighter aircraft were commercially successful, as was Blackburn’s Buccaneer. In 1956, the Fairey Delta 2 broke the flying speed record at 1152 mph, and then Fairey lost their advantage as a result of UK Government policy, and the Government’s preference for missiles. The French then used Fairey’s expertise to develop their highly successful Mirage fighter.

David then looked at Civil aviation in the UK. There have been some successes, like the Vickers Viscount, the Trident (although it did not sell that well), and the BAC 111. The ill fated Comet led to the discovery of the effects of metal fatigue in aircraft. The VC10 should have been more successful, but BOAC’s preference for the Boeing 707 meant that the UK take up was limited, and this put other buyers off. However, passengers showed a clear preference for the VC10, and BOAC made more money from the VC10 than the 707. The RAF bought a large number of VC10s, and were using them for troop transport and refuelling for many years.

David concluded with the Anglo French Concorde, which, for political reasons, had two production lines, making it very expensive to produce. The US air policy of no commercial supersonic flights over US territory meant that it was commercially doomed. Ironically, Concorde made more profit on pleasure flights than commercial travel.
David then took questions from an appreciative audience.

The walk on 6th February was just under 5 miles around Delamere Forest footpaths.

The start was a challenging climb southwards towards Pale Heights where the six walkers paused to recover and enjoy the views towards the Mersey estuary before heading back downhill on the Sandstone Trail towards Eddisbury Lodge.

After a coffee stop at the mid-Cheshire railway line the walk was completed by a circuit of Blakemere Moss, returning to the visitor centre by way of the Go Ape activity feature.
The group was joined for an excellent lunch at the Carriers Inn by the new Walks Secretary, Scott Martin, who took the opportunity to review the walks programme for the coming months.