Club Meetings at Mere were cancelled due to the Coronavirus pandemic. A series of Zoom Meetings were arranged throughout the month. 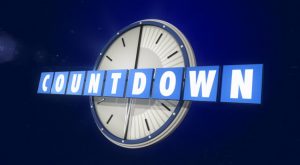 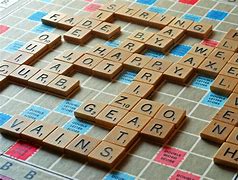 Mark started his talk with a brief history of the word game Scrabble.  It was designed by Alfred Butts, an American Architect in the 1930s, and originally called ‘Lexiko’.  The Architect studied numerous copies of the New York Times in order to establish which letter gets used most frequently.  This enabled him to give each letter a point score, which reflected the use of the letter.  The game was later renamed ‘Scrabble’, and became very successful and sold well in the 1960s.

Mark’s father was a very successful Scrabble player, which encouraged Mark to take up the game seriously, and he became the first British World Champion in 1993.  Scrabble World Championship tournaments are now held every two years.  Scrabble is very big in South East Asia and Africa, and is even taught in schools in Thailand and Nigeria.  The World Youth Scrabble championship is currently taking place in Pakistan.  The Thai Royal Family present the King’s Cup and other prizes to Scrabble players at competitions held in the Thai National Stadium.  The competition attracts 10,000 players – mostly students.

Mark then went on to say that Scrabble is more of a mathematical game than a letters game.  There are about 350,000 words in the English language, but Scrabble limits the word length to a maximum of nine letters, leaving 150,000 useful Scrabble words.  The average vocabulary is about 15,000 words.  The definitive guide for Scrabble words is the Harper Collins Dictionary, which is updated every four to five years.  Americanisms which are in common usage are acceptable, but not abbreviations.  Words like ‘qi’ are very useful because they do not require a ‘u’.  Scrabble is best played between just two players, and all championship games are between pairs of players. He concluded his talk on Scrabble by saying that it is a game which relies heavily upon tactics and strategy, as well as a good knowledge of acceptable words.  He is looking forward to when Scrabble games can be re-started after the pandemic.

In 1983, Mark’s father nominated him to take part in Countdown, a television show which had first been shown on 2nd November 1982.  He was successful at the interview, and was runner-up in the programme.  Every four years, Channel 4 organises a ‘Champion of Champions’ Countdown competition for all of the winners and runners up.  Mark won, and became ‘Champion of Champions’ – even though he had previously only been a runner up in the earlier competition. This led to him meeting the producer, and being offered a job as a Programme Associate, interviewing candidates for the show.  In 1990, Mark became the programmes producer until 2001, working on Countdown for a total of 18 years.

The normal production process took four weeks.  Week one was interviews and contestant selection, week two was setting up the studio, week three was recording six shows a day.  This went on for four days, recording 24 shows in one week.  Week four was editing.  Each programme had to last 24 minutes and 15 seconds.  The following week, the whole process would start again.

Mark concluded his talk by stating that the current programme runs for 45 minutes, with viewing figures of 1 – 2 million.  Viewing figures had been 4 – 5 million when Mark was producing the programme, but at that time, there were far fewer television channels than there are now. 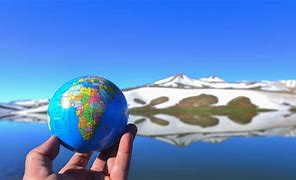 Keith started his talk by stating that it was based upon four assumptions:

He looked at each of these in turn to see if they were true.  This was measured in two ways.  Firstly, by looking at the number of deaths which can be attributed to climate change and secondly, by looking at extra extreme weather events.
Weather can be defined as what is happening now, or immediate, whilst climate can be defined as looking at weather over a period of time, such as 30 years or more.
Keith then listed items of climatic conditions which could be regarded as killers, ranging from cyclones to flooding.  He then went on to describe huge changes in climate over billions of years, defining the present time as part of an ice age, or an interglacial period, with polar ice temporarily retreating.  He used a chart to show regular changes in climate every 100,000 years.  This suggested that the earth would be warm for 10,000 years and then the next step must be downwards.  The warm periods were much shorter than the colder periods.  CO2 emissions also follow a similar rhythm, but there has been a huge increase in CO2 over the last 100 years, with the increase starting in the early 19th century.

Keith then used charts to show how the earth’s average temperature had risen by 0.6 oC between 1979 and 2020 and 0.8 oC between 1860 and 2020, although at the Poles, this was nearer 1.5 oC.  However, between 1920 and 1940 there had been a temperature rise, but no corresponding increase in CO2, and between 1950 and 1970 the temperature remained fairly level but CO2 increased. The rise in sea level caused by global warming was 23 cm in 160 years.  The melting freshwater from land-based glaciers could cause a cold spot in the North Atlantic which could slow the Gulf Stream, resulting in the Northern hemisphere getting colder.

Fatality figures attributed by the effects of climate show that cold weather kills 20 times more people than hot weather.  Keith then produced figures showing annual worldwide fatalities from various climate conditions ranging from cyclones to wildfires.  Looking at the statistics he produced for extreme weather conditions over the last 100 years, in areas such as hurricanes and flooding, fatalities have gone down, not up, following extreme weather events.  Furthermore, record weather events are largely historical, with few record-breaking conditions over the last 10 years.  In fact, at the moment, even typhoons and thunderstorms appear to be in decline.  Monsoons occur as regularly as usual, and droughts lasting 10 or 20 years in California are nothing new.  It is quite possible that Californian wildfires were caused more by bad forestry management than climate change.

Looking at agriculture, about 18m Km2 of the earth’s surface is used to grow crops and 34m Km2 is used for livestock.  There has been a major increase in the efficiency of farming methods and the CO2 increase helps to give a higher crop yield.  If the earth’s temperature were to fall by 2 oC, instead of rise, there would be a massive drop in food output.

Keith then showed a chart from Norwegian researchers which showed how temperature and CO2 levels had changed over an 11 thousand year period. A cyclic pattern was clearly visible, with CO2 levels mostly following the temperature.  The mini-ice age in 1790 when the Thames froze was clearly visible on the chart, but there was no corelation between the recent steep rise in CO2 and the average temperature.  In addition to this there are temperature oscillations in the Atlantic and the Pacific which follow a cycle of about 30 years.

He concluded by stating that CO2 will continue to rise, whether we like it or not.  To date, the effects are barely measurable, and dominated by a natural rise in temperature.  Man has mostly benefited from the rises in CO2 and temperature.  Fewer people are dying as a result of climate change, and out of all of the environmental conditions, cold is the biggest killer.  Keith’s penultimate slide ended with the statement ‘Climate change research is contrived to produce unjustified headline claims with the intention of keeping the so-called problem in the public eye, with future research grants being the objective’.

Keith then took questions from the audience.