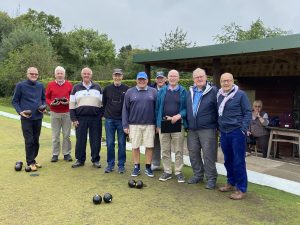 Bowlers before the heavens opened

The annual Walkers’ and Bowlers’ fun event took place on Thursday 30th September 2021, based at the Railway Inn, Mobberley.  The walkers set off on two different routes, five of them on a longer walk around the lanes and footpaths including a short period walking alongside Runway 2, the other four on a shorter route around country lanes. Other members of the club joined for lunch.  The bowling started at 2pm but was eventually rained off. Jim Flett and Mike Cooper were awarded the first bowling prize as they had acquired most points at the time of the abandonment. The Mike Johnson Trophy for the best contribution to the day was awarded to Scott Martin. 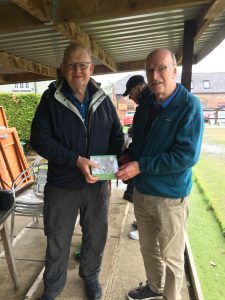 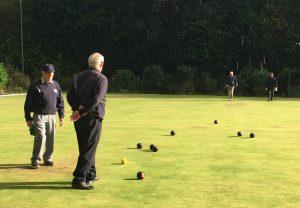 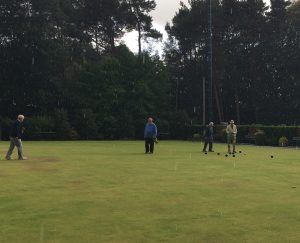 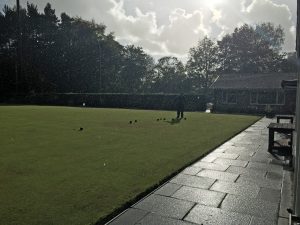 The bowlers play on despite the showers although one lonely figure ends up abandoned as others run for cover.

On a late September afternoon interrupted by showers Knutsford Rex entertained the bowlers from Appleton Thorn Probus. The visitors could only muster up 7 players but all of high ability. The reduction in games actually worked in favour of Appleton who showed their superiority by winning by 95 points to 66. It was a rather disappointing end to the season as overall the Rex bowlers can look back on quite a successful campaign by winning 11 matches to 7 defeats and of course not forgetting retaining the Knutsford Probus Cup. So its the woods into “mothballs” as the Bowling Section look forward to the restart next April.

Jerry explained that Pepys came from a modest background, his Father being a tailor, but he was befriended by Lord Montague who obtained for him a position as Clerk of the Acts to the Navy Board. He progressed to becoming an MP and later became Secretary of the Admiralty Commission where he completed several long-term achievements in modernising the Navy. Jerry then took questions from an appreciative audience. 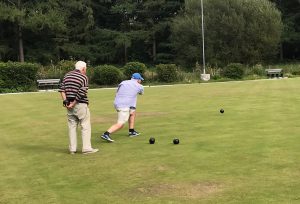 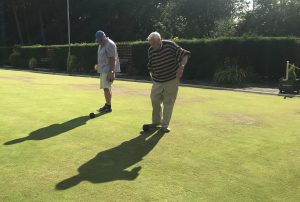 Alan Allcock in some finals action whilst the finalist took time out to contemplate their shadows.

Knutsford Bowling Club was the venue for the Knutsford Rex Individual 2021 Individual Club Handicap. Nine bowlers took part with some fierce but friendly competition to arrive at the semi final stage of the pairings of Alan Allcock v Jim Flett and Peter Clegg v John Newcombe. It was Alan and Peter who went through to the final. The final was looking a bit of a one sided affair but a recovery by Alan took the score to 10-9 with the winner being the first to score 11. As it was Peter managed to get his vital point to be awarded the trophy for Season 2021. Picture below shows Peter receiving the trophy from Club Chairman Jim Flett. 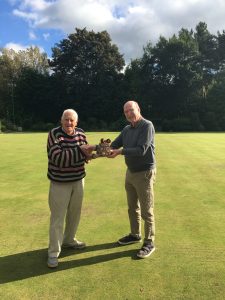 Four walkers set off from the Bickerton Poacher to walk to Bickerton Hill, along Sandstone Edge, via Raw Head and then on to Bursley for a return to the pub. The walk gave stunning panoramic views over the Wirral, Liverpool and Runcorn areas. As usual the walkers enjoyed a drink and excellent meal at the Poacher on their return. 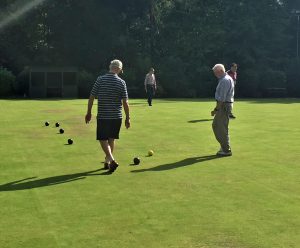 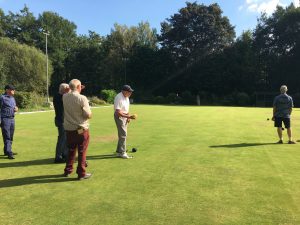 The sun shone on the Knutsford Bowling Club green in two ways. Firstly the weather was perfect for an afternoon bowling but also the sun shone on the form of the Rex bowlers who enjoyed a comprehensive victory over their neighbours from across town. By winning all the matches and amassing 105 points to a reply of 56 by Tatton it will be an afternoon that will be remembered beyond the fast approaching end of season. Of course being Probus members their was a humility in victory and good camaraderie until the very end.

Next week the Knutsford Rex bowlers will be pitching against each other as the annual club handicap knock out takes place. A 1pm start at Knutsford Bowling Club. 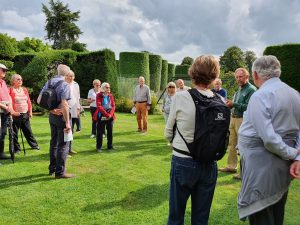 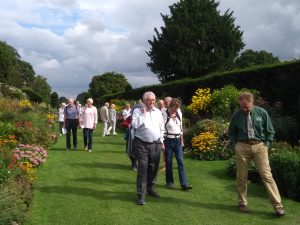 Gordon Bailey holds the full attention of his appreciative audience.

Another successful outing, a super guided tour of Arley Hall Gardens. The party was privileged to be accompanied by Gordon Bailey, the Head Gardener. The way he introduced the gardens and plants was beyond compare and Knutsford Rex Probus would like to express their gratitude for him sharing his vast knowledge. The Arley Hall visit was concluded  by Afternoon Tea.

Sue explained her early life and how she entered into the legal profession. She then discussed the evolution of the law in England and Wales from Common Law, Statute law, Case law and the law of Equity before examining the law of negligence, intellectual property rights and defamation. She then took questions from an appreciative audience. 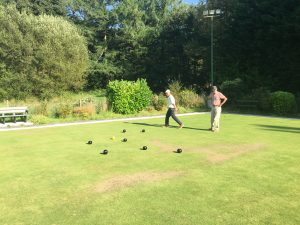 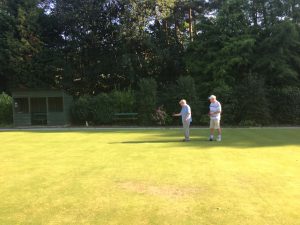 Although early September the weather was of brilliant sunshine with a temperature pushing to 30 degrees. Lymm Probus are probably the best team Knutsford play and it is some years since the home team could chalk up a victory. The match as expected was very competitive and by the half time break Knutsford were well into the match with only 3 points separating the two teams in Lymm’s favour. It is not certain whether it was the heat but the second half was really dominated by Lymm with the final tally showing Lymm beating Knutsford by 103 points to 87. 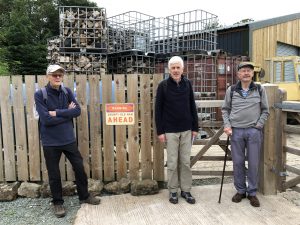 Would you believe the sign says “Warning. Grumpy Old Men Ahead”

The walkers arrived in the car park of the Willeymoor Lock Tavern, near Whitchurch and set off on Bishop Bennet Way for over a mile to Wirswall to enjoy the views of the Shropshire hills, following in the steps of A E Houseman’s “A Shropshire Lad”. They turned south and then southwest and crossed the A49 and descended towards Grindley Brook where they left the Bishop’s path and turned Northeast onto the Sandstone Trail following the towpath on the busy Llangollen Canal back to the Tavern where they were joined by two members and a guest that had been on a shorter walk nearby.  The walk distance was just over 4.5 miles in perfect walking weather and no mud! The food was good accompanied by a variety of cask ales on offer. This was a good day out with plenty of humour. 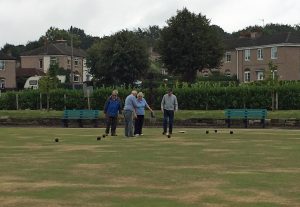 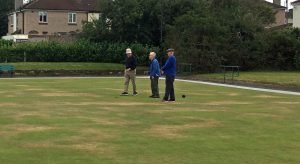 On a rather cloudy day a Knutsford Rex depleted team visited the Owley Wood Northwich green to take on the Northwich Probus bowlers. On a rather fast and unforgiving surface the challenge was to keep the length of the bowl within a winning distance from the jack and more importantly on the green. As the players walked off  it looked as though Northwich were taking the upper hand but as the points were totalled it was Knutsford who took the match by 57 points to 46 even though Northwich had won two more games than their opponents. In bowls its the points that take the prize.

Next week Knutsford Rex entertain Lymm Probus on their Knutsford Bowling Club green, 8th September 14:00. There will be an large element of pride at stake as the Lymm bowlers inflicted the highest defeat on Knutsford for the current season.