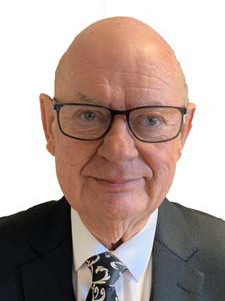 A private family service was followed by a memorial service at Knutsford Methodist Church, Princess Street at which a good number of Rex members attended.

Besides being a greatly valued member of Knutsford Rex, Barri was a much loved and respected member of the community as evidenced by the hundreds of sympathy cards his widow, Ann, had received. Knutsford Rex express their sincere condolences to Barri’s family and friends. 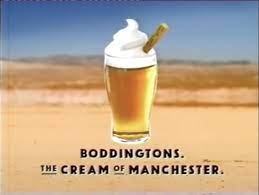 Alan gave a most amusing account of how beer was advertised in the past covering beer mats, posters, TV advertising and sports sponsorship. Many examples were given of the often humorous and dishonest claims made in beer advertisements which would probably not be allowed today. Alan then took questions from an appreciative audience. 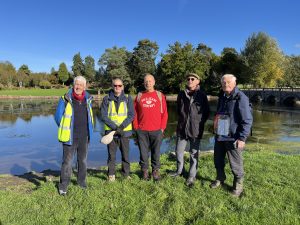 A very good walk in brilliant autumn sunshine from Redesmere Car Park east along Fanshaw Lane and then west alongside Capesthorne Estate Lake to Siddington. A 5 mile walk with 6 walkers including 2 guests. The party was joined by a further 3 members including 2 short walkers making a total of 11 participating an  excellent lunch at the Egerton Arms, Chelford.

On a beautiful sunny day the annual golf match between the Probus Clubs of Tatton, Knutsford Rex and Plumley was held at Knutsford Golf Club.

It is sad to report Rex were bridesmaids, again, this time by just 0.14 of a point behind Tatton, if only the last putt (a five footer) had rolled 2 inches further, if only…….  All the same a very enjoyable time and thanks to Anton (in the picture with Neil) of Tatton for organising it all. 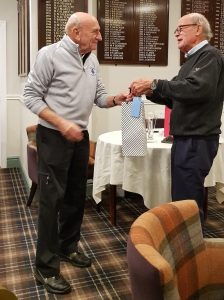 After a 12 month wait our Neil Stott was presented with his richly deserved prize and the trophy as ‘Champion Golfer’ of the 2020 annual triangular match agains the Tatton and Plumley Probus Clubs.

A delayed presentation as the match last year was played under the prevailing social distancing rules.  Sadly Neil was only able to briefly enjoy the moment as he missed making it a hat trick of wins by just a couple of points. 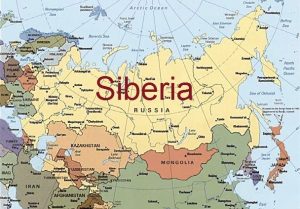 Prof. Callaghan explained that he had first visited Siberia in 1994 for work reasons and visits had continued due to his work at Tomsk State university. A fascinating talk ensued describing the vast country, its landscape, peoples, mineral wealth, forests, huge quantities of fresh water, oil and gas fields – all accompanied with relevant photographs.

The professor then took questions from an appreciative audience. 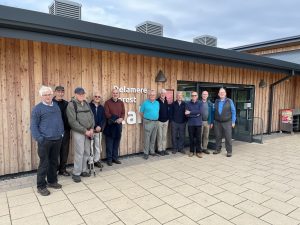 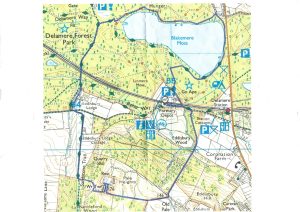 Seven members set of to walk through the woods behind the recently opened new  visitor centre. The route followed an anti-clockwise path round Blakemere Moss to Hunger Hill, through Delamere Forest Park, skirting Eddisbury Lodge, following the Sandstone Trail and turning left at the radio and communications masts towards Old Pale then downhill to Eddisbury Wood and back to the visitor centre.

In all, just short 5 miles and for once there were no stiles although there were some moderate short inclines in places.  The walkers enjoyed fantastic panoramic views of Deeside, Welsh hills, the Runcorn bridges and the petro chemical works at Caster Kellner and on the other side we had views  of the Cheshire Plain including Jodrell Bank and many other landmarks.  The walk took 2 hours 15 minutes including a coffee stop.  Arriving back at the Visitor Centre they walkers were joined by four additional club members that had been on a  short walk organised by Chairman Jim Flett. Taking advantage of an excellent photo opportunity the party posed before travelling to the nearby Vale Royal Abbey Arm for lunch and the customary glass of beer. Although the walk was led by Scott Martin he mentioned thanks to Jim Flett for suggesting the route and David Howard for supporting him with the reconnaissance and for checking that nobody got lost on the day!