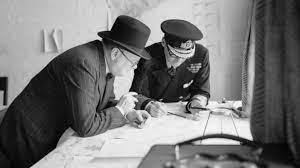 David revealed that the man in question was Admiral Sir Bertram Home Ramsey. David took us through Ramsey’s life history which culminated in organising the Dunkirk evacuation of 338,226 men and later in charge of planning D-day. Ramsey was unfortunately killed in an air crash on 2nd January 1945. Although almost unknown today a measure of his importance can be gauged by Dwight Eisenhower being the chief mourner at his funeral, a remembrance service held at Westminster Abbey and that a eulogy was made in the House of Commons. 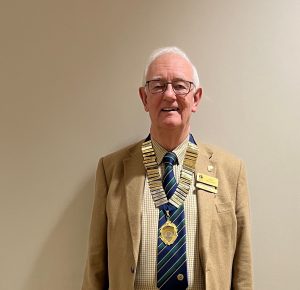 The Annual General Meeting was held at Mere and Tabley Community Club. Mr John Beaumont was elected Chairman for the next 12 months. Reports were provided by the outgoing Chairman, Jim Flett, Secretary, Allan Whitehead and Treasurer Terry Parkinson. These reports may be viewed alongside the meeting minutes via our Members Area (password protected)

Each Section (Bowls, Walking etc) leader also provided a annual report which may be found on each Sections webpage. 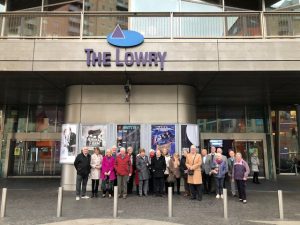 Twenty very happy members and wives boarded a coach in Knutsford for a theatre day out. They all enjoyed a fantastic production of Noel Coward’s comedy ‘Private Lives’ at the impressive Lowry Theatre based in  Salford Quays. The performance was graced with famous actors including Nigel Havers and Patricia Hodge who entertained from start to finish. Just the thing to banish the winter storms which were dominating the news media at the time. 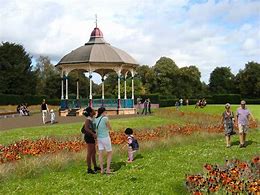 Geoff explained that the first public park (in the world) was opened at Birkenhead in 1843. Manchester opened their first park in 1846 by raising £26,701 by public subscription (equivalent to £2.5M in today’s money). Platt Fields, Wythenshawe and Longford Parks followed. The parks were seen by industrialists as an area for the working classes to relax and take in some recreation. The first National Park in the UK, Peak District, is the most visited in GB and the second most visited in the world. Lack of investment resulted in UK parks declining between 1970 and 1990 before proceeds from the National Lottery reversed the trend. Geoff then took questions from an appreciative audience. 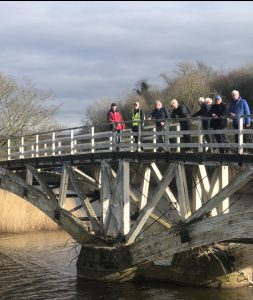 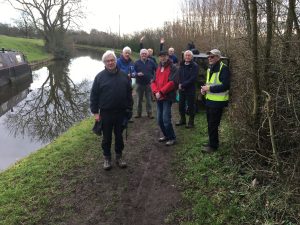 Nine “long walkers” left the Leigh Arms at Acton Bridge and walked up the lane to the towpath of the Tent & Mersey Canal. After a few miles to the Long Lane bridge the walkers took to the lane to join the Delamere Way. Eventually the walkers crossed the River Weaver at the interesting Dutton Horse Laminated Wooden Bridge and on to the Dutton Locks and Weaver Navigation where they were joined by the “short walkers” arriving back at the Leigh Arms for an enjoyable lunch.